Life at Home for You & Your Family Healthy & Safe
Content may contain referral links. Read our disclosure policy for more information. 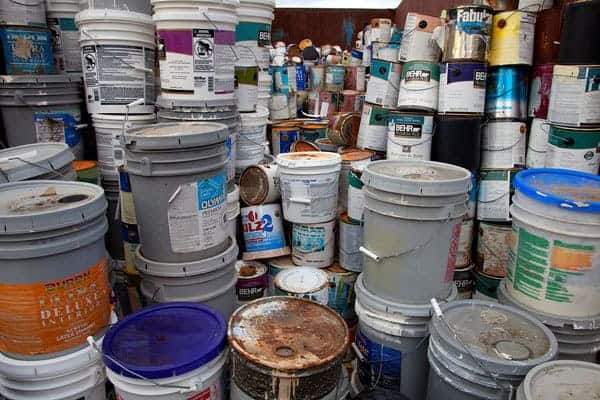 According to Wikipedia, lead paint has been produced since the 4th century BC. Lead in paint speeds up the drying process, helps maintain a fresh appearance and increases durability. In fact lead is still being added to paint in many countries around the world, often by US companies according to the Huffington Post article, Lead Paint & Other Toxic Products Banned in US, Still Exported to Unsuspecting Customers Abroad.

Even though the dangers of lead paint were identified as early as 1904, it took a long time for the government to make the sale of lead based paint illegal. 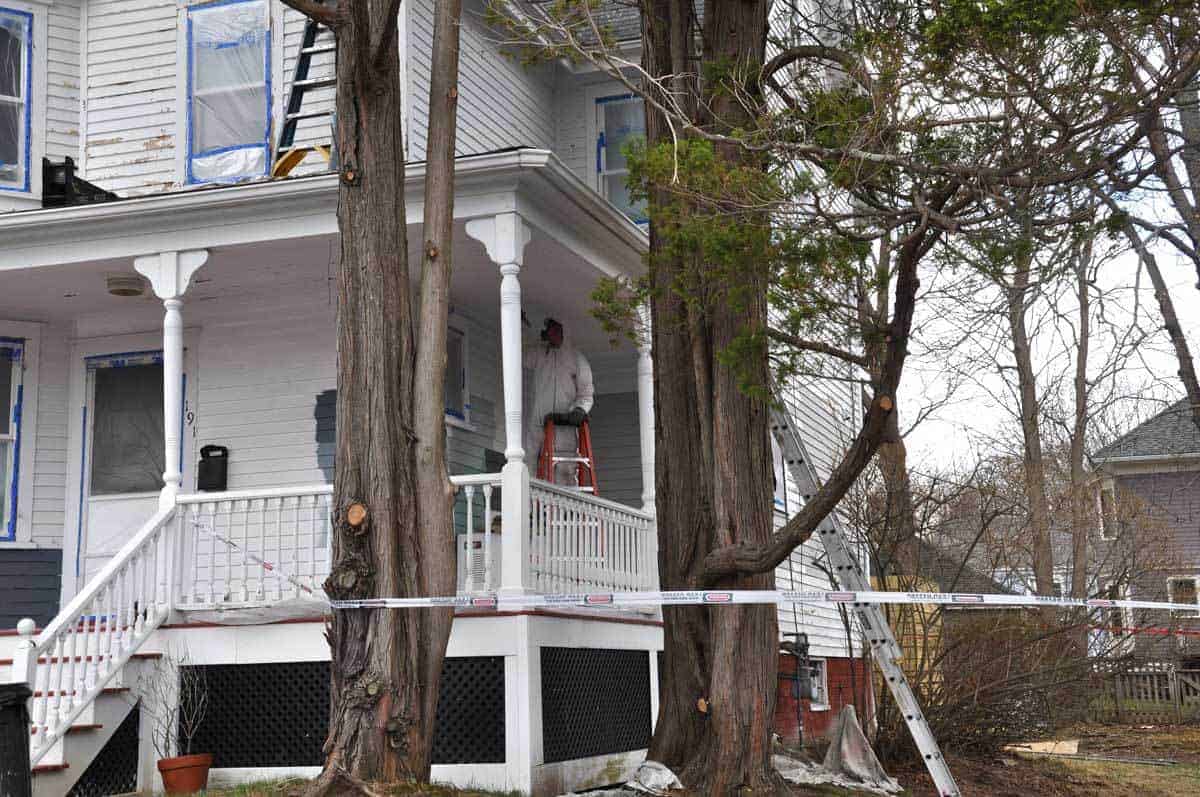 Who Benefits from the Rules About Lead Paint?

This story started in Portsmouth, NH when I was visiting friends. While driving down the street several blocks from where I used to live (take a peek at my Victorian), I realized there was a house being painted, and I knew lead paint had to be involved because the house was older based on where it was located.

Turning around, I went back to take photos and discover if the painters were using proper lead safe procedures. My motivation was two-fold.

But first, let's look at who benefits when lead paint rules are adhered to. 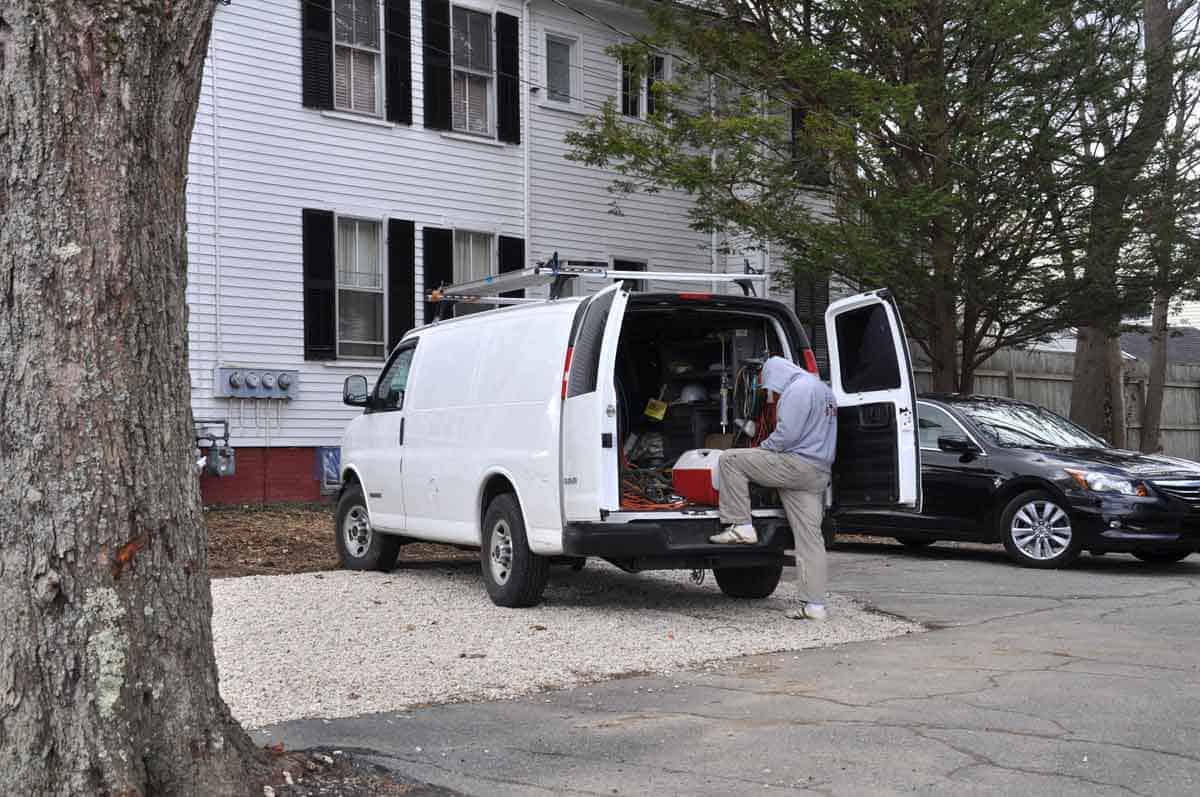 Talking with Contractors About Lead Paint

When RRP started, I owned a handyman business in southern NH. Like most contractors, I felt the required procedures, paperwork and cost were an unfair burden. Employee training would cost of $600/handyman, plus company registration and extra insurance quoted at $1,000/yr and homeowners didn't want to pay for these added costs.

I now understand the devastation caused by lead paint poisoning. That in large part is due to meeting Tamara Rubin, and learning about her non-profit, LeadSafeAmerica.org (searching for family stories). So here's what happened:

What I wish I had done was just ask if I could take some photos so I could write a story. I believe their response would have told me right away if they were, or weren't, following all the steps required.

I was also mad at myself for not knowing exactly what the exterior requirements are (training focuses more on inside painting and repairs). but not as clearly as the photo below. That's why a camera is perfect, because it can zoom in and give you much more detail than the naked eye (not sure about smart phone cameras but I'll be testing them too). 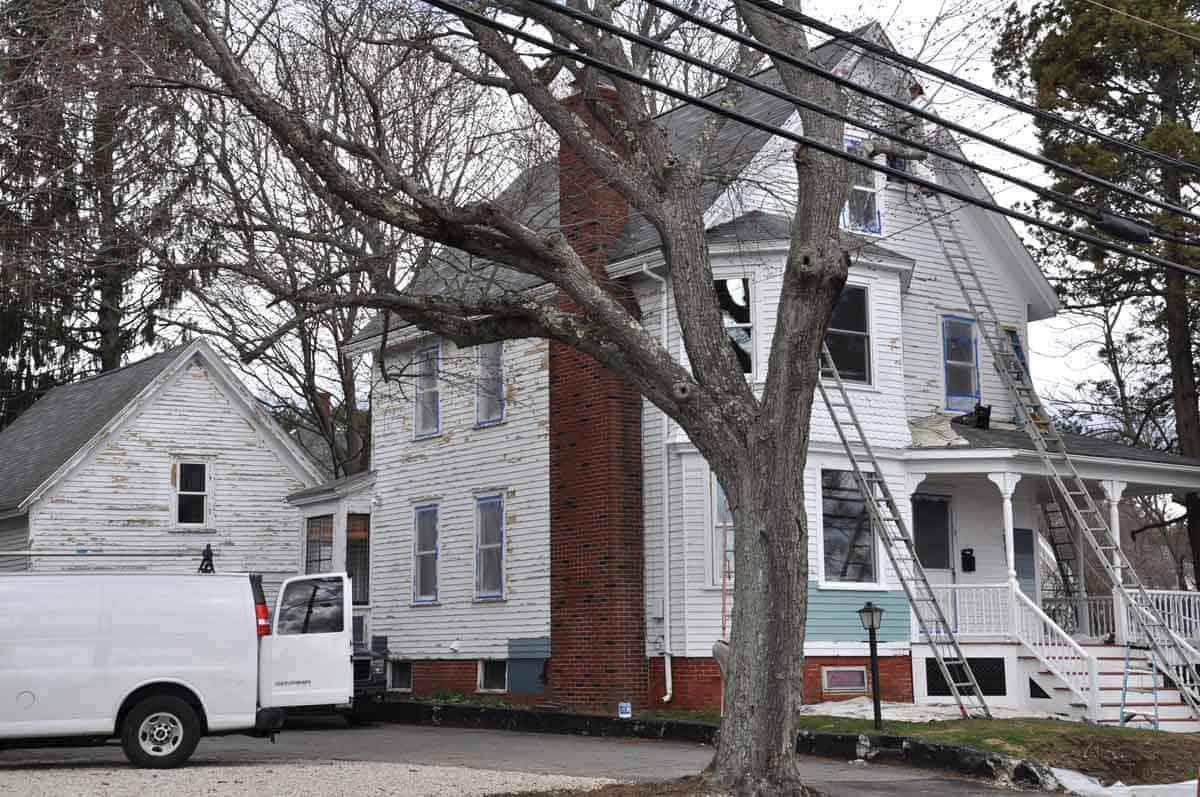 Yes, there is lots of documentation about the RRP rules but they're cumbersome, and even if you've read them (or been trained like I was, but 5 years ago), you're not going to remember the details. So my goal is to create a simple reference card with photos and basic lead paint facts, something I can carry with me … and LeadSafeAmerica.org and give out with their lead paint test kits.

And if you're curious about how much plastic should have been wrapped around this house, here's a photo showing the RTK Environment Group teaching a class in Stamford, CT … and it looks more like the 10 feet I remember (but have to verify). Get More Tips on Healthy & Safe