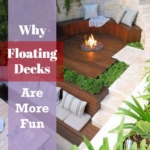 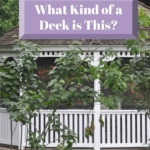 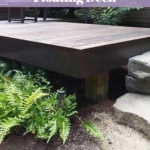 You probably think a deck is … just a deck. For some homeowners, knowing what a floating deck is could save you time and money. Also called a free standing deck, what does this mean and why does it matter?

Benefits of a Floating Deck

When a deck is attached to your house, it's considered part of the house. This means the deck is subject to the same building codes your home has to follow. Floating decks, because they aren't attached directly to your home, have fewer building requirements to satisfy. Why is this important?

Benefits of an Attached Deck

The biggest benefit of an attached deck is being able to walk out of the house, onto your deck which is at the same level. This even more important with new patio doors that give you an entire wall of glass that can open up to your backyard. Other benefits include:

PS If you're thinking about building a floating deck, check out this step-by-step tutorial by Casey at HouseByTheBayDesign.com … and good luck!

Get More Tips on Landscaping