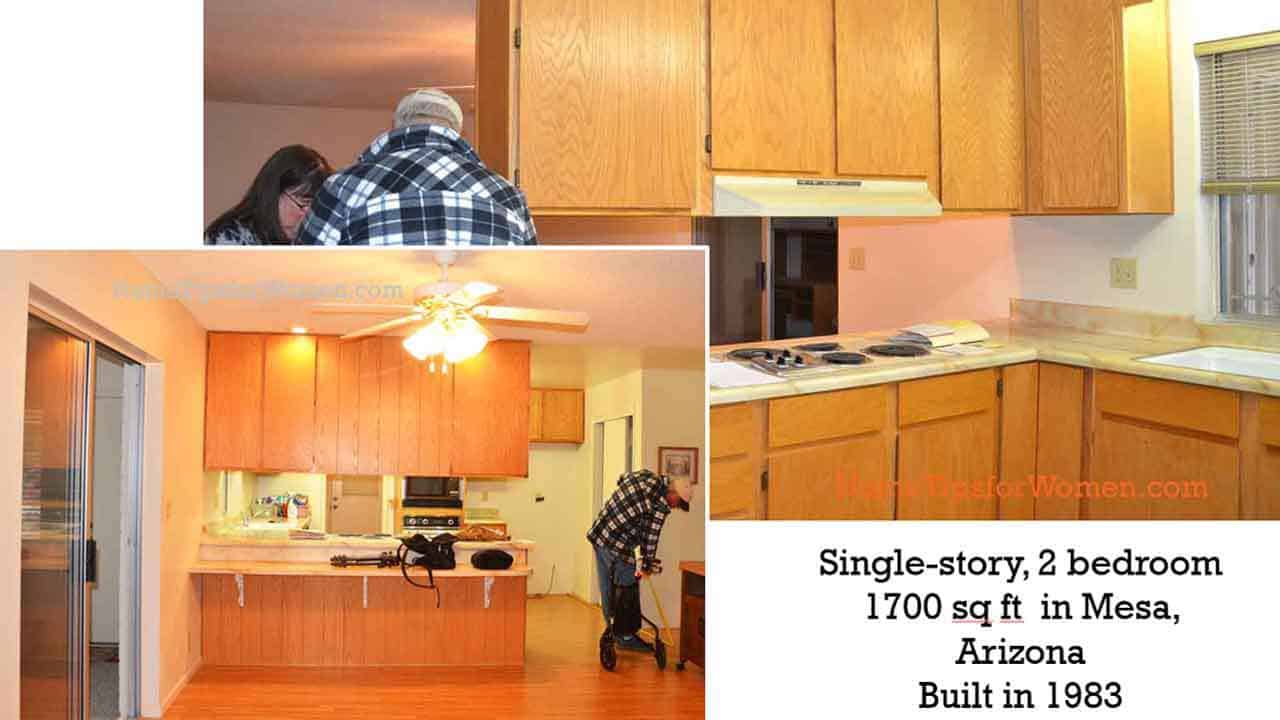 We all dream about the things we would change in our home if time and money were limitless. And then there's reality, as we all have budget and calendar limitations. Maria understands these challenges. She was once the publisher and editor of a home industry magazine, Builder Design Center Magazine. Maria had a budget for her new home. And she had a list of home renovation ideas that were part of that budget.

Maria was smart. Her housing budget had to include all these items. If a house needed the kitchen to be remodeled, the price had to be lower to support this.

That's why it's so critical to know what is non-negotiable. The cost of the house is the price you pay AND the home improvements you make to get what you want. To absorb some large, unplanned items like a new roof and heating system, Maria is deferring several smaller home renovation ideas. Here's her story: 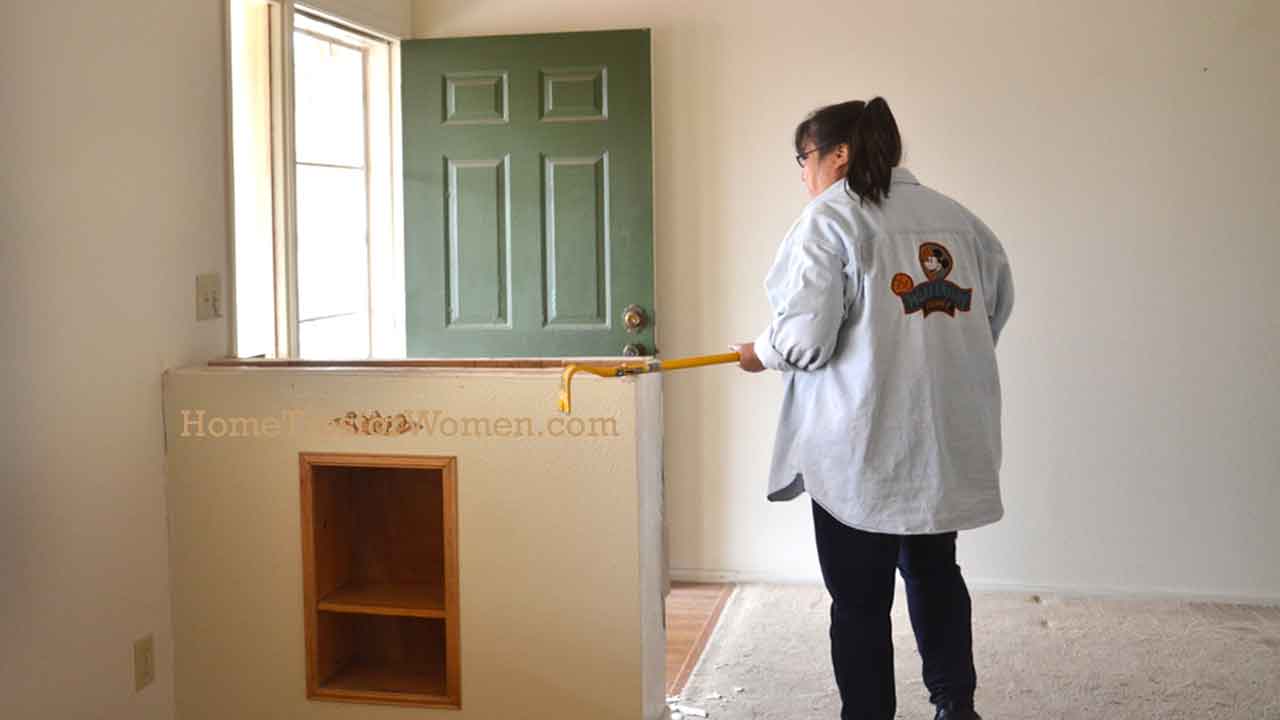 Today was a busy day. While the guys continued framing new walls and running electrical wiring, Maria and I got to work. She hated this old fashion “pony wall”. So Dennis decided to let Maria knock it down. I got to help too, as I was there taking photos.

We didn't need to research what tools we needed to remove the wall. Maria's brother-in-law brought over the tools we used for this demo work. It was fun learning how to handle these large tools. By the time we were done, we were old friends. We also discussed more of Maria's new home renovation ideas. After spending more time in the house, she realized some windows needed to be upgraded to double pane.

We had to start like you see on television, breaking up the drywall using the sledge hammer. 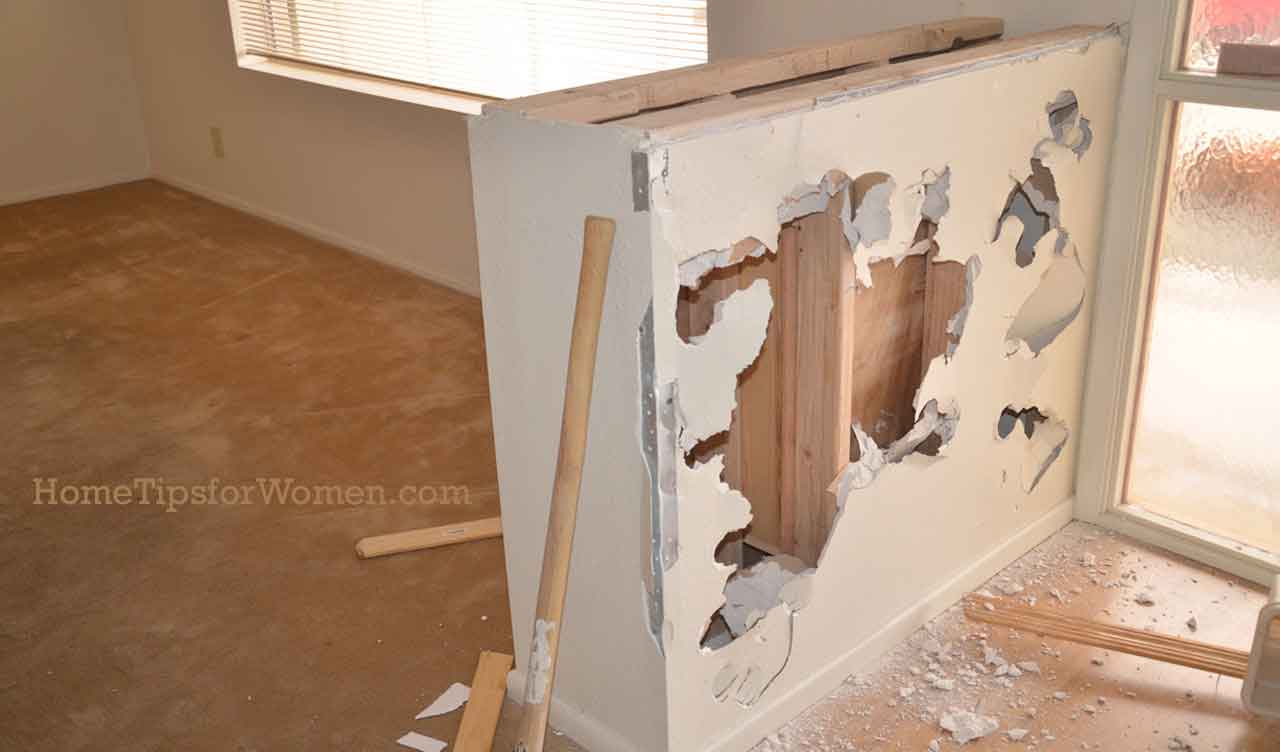 After that it was pretty easy. We learned it was smarter to use the pry (wrecking) bar to pull off larger pieces of drywall. 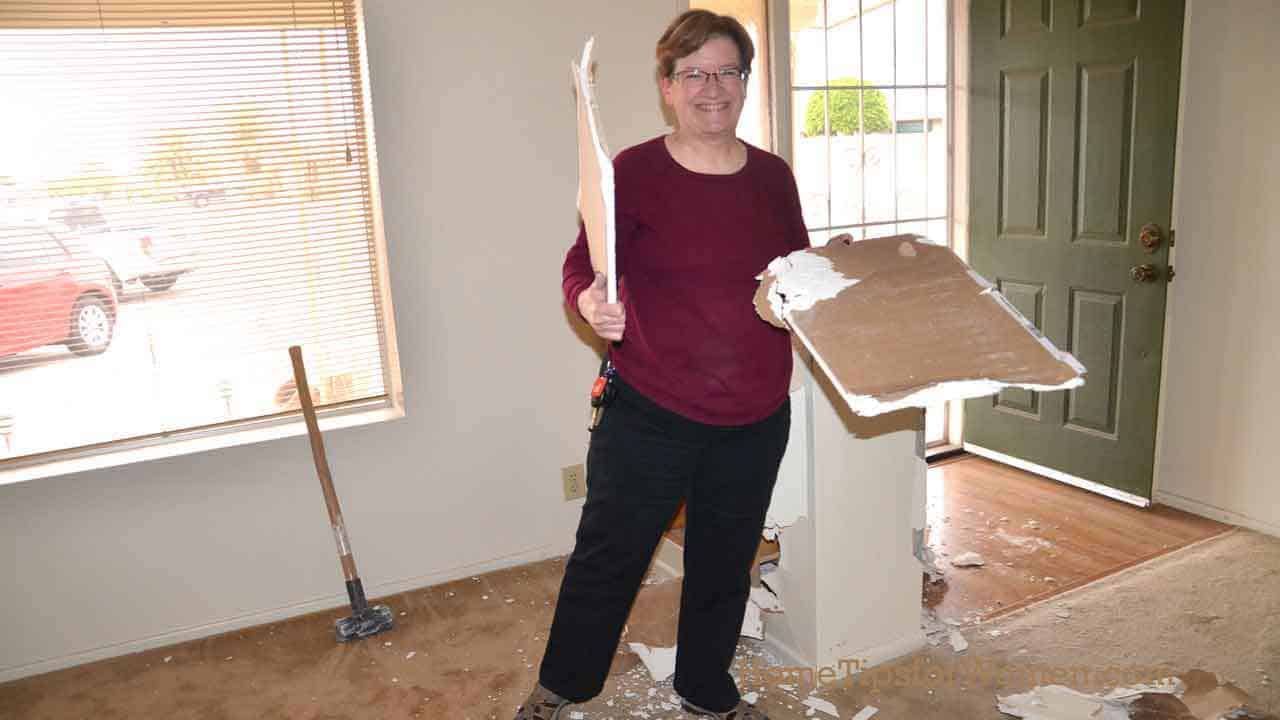 With the drywall gone, we quickly discovered that even a sledge hammer isn't strong enough to tackle 3 inch screws. It was time for the drill …

And here's where you really understand the role of a crow bar. 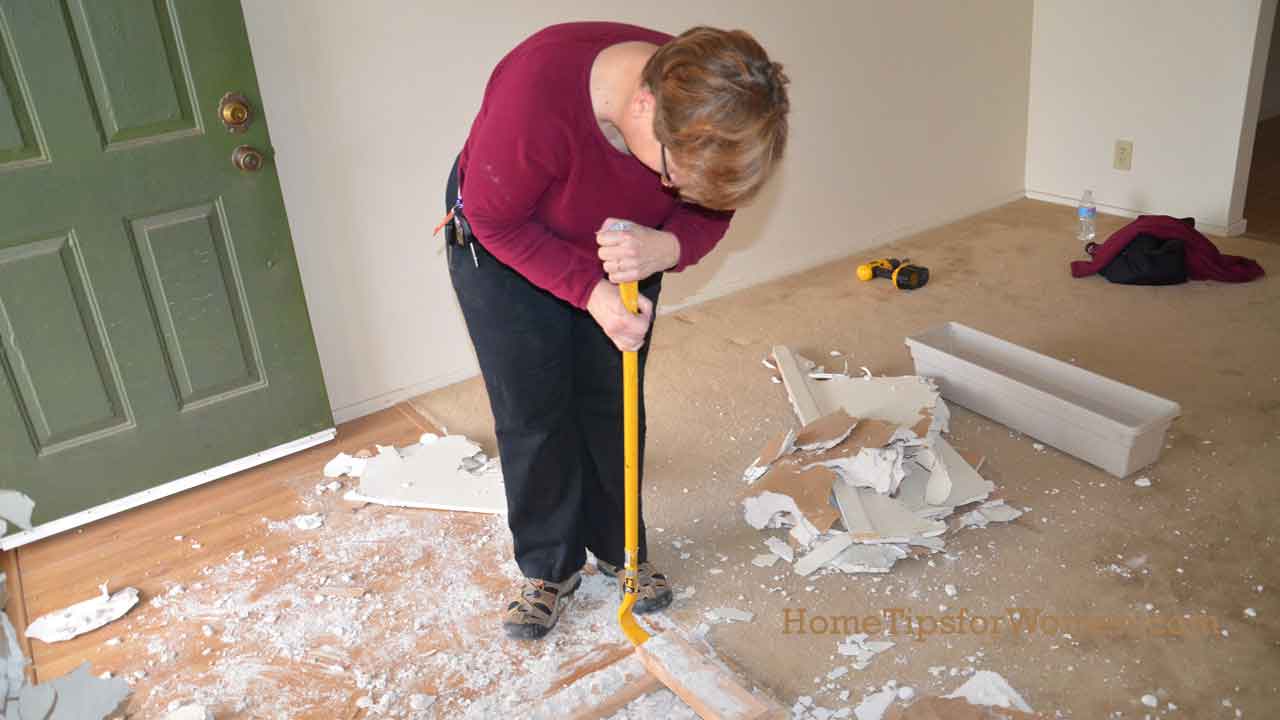 We took turns carrying everything out to the truck. We had to be extra careful with the wood which had nails sticking out. 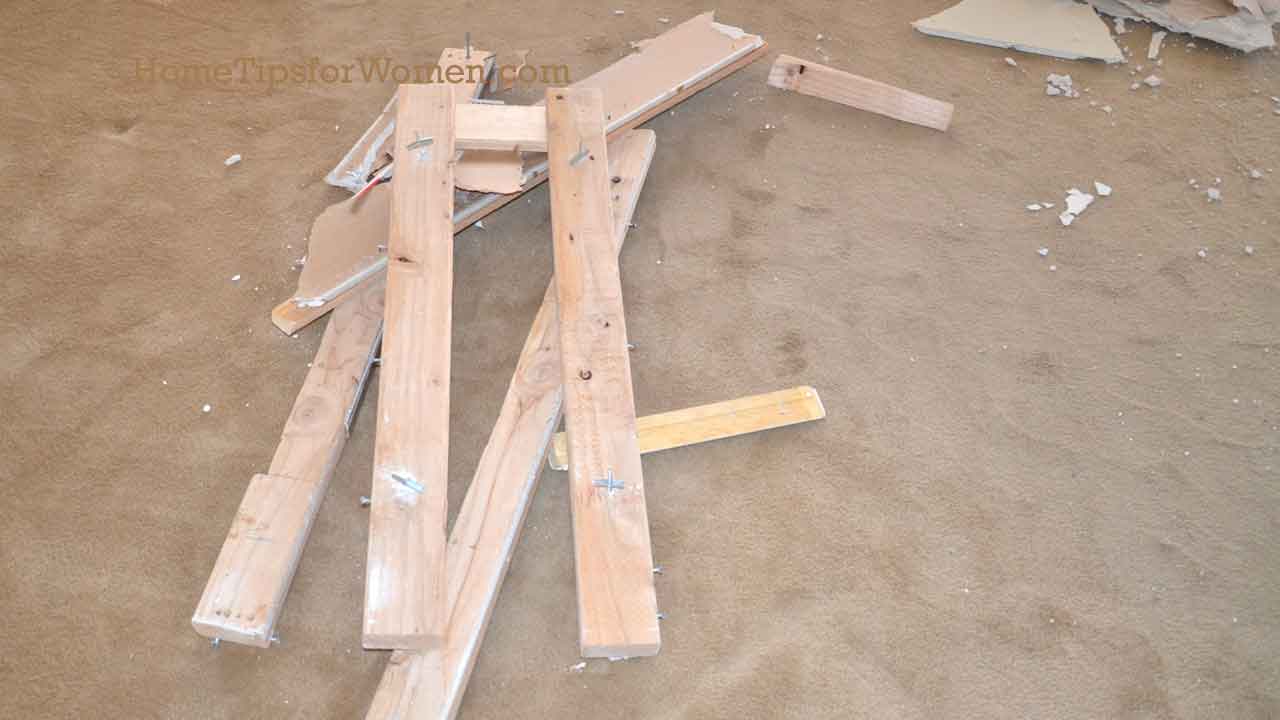 Electrical wiring continued. Maria spent half the day waiting for her new cabinets to be delivered. It was exciting for her to see the cabinets for her dream kitchen because she hated her old kitchen. It was also frustrating when she could only see boxes stacked in the garage. 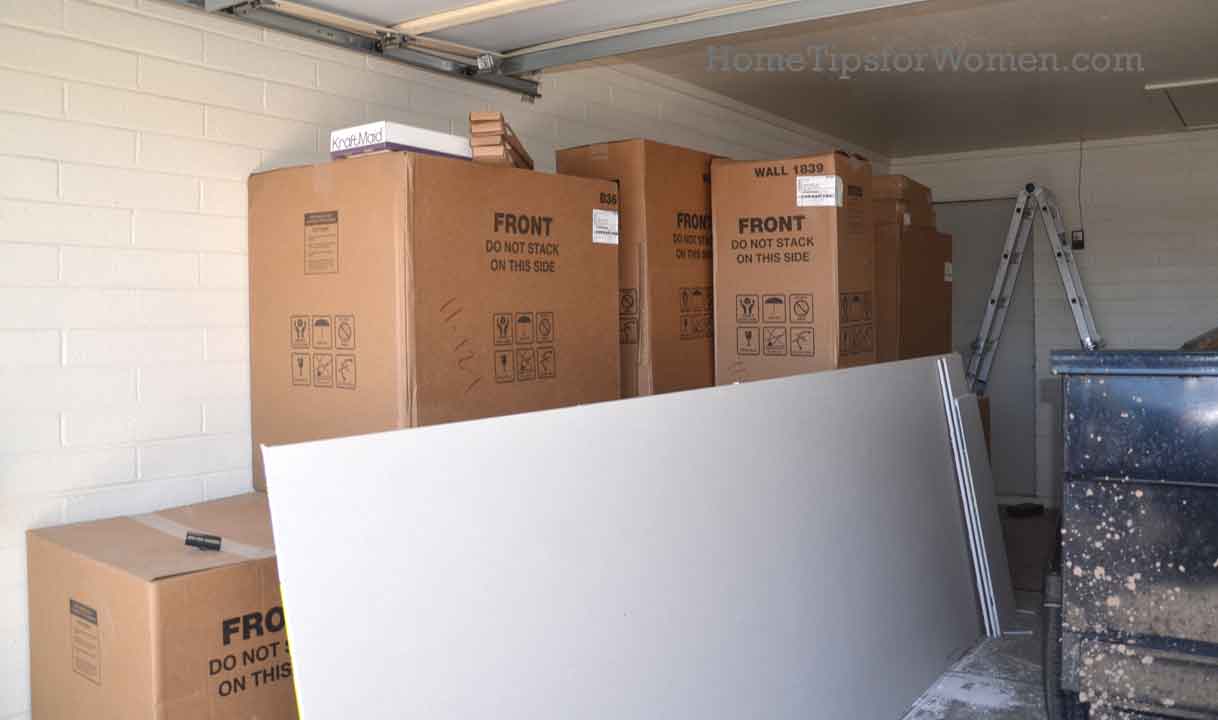 Maria spent time shopping and making decisions. That's one of the biggest challenges with home renovations. There are TOO many decisions to make and it all happens very quickly.

While HGTV shows off home renovation ideas you can see, many home renovations are invisible. That's one of my biggest frustrations with the popular television shows. They don't educate viewers on the need to set aside 20% of your budget for structural and system updates. Fortunately Maria understands this and so …

The HVAC (Heating, Ventilation and Air Conditioning) crew started work. They didn't have an easy job dealing with an air conditioning system that was 25 years old. They also found water leaking into the attic from holes in the roof. They also found electrical connections exposed which is a major fire hazard.

A crane was used to remove the air handler from the roof. They also got rid of the solar hot water heater panel. And that's when they discovered the roof was in worse shape than they realized. Thankfully Maria trusts her brother-in-law, and when Dennis said they needed to replace the roof, she agreed.

I wasn't there with the HVAC people so I don't have photos of them working (you can see my heat pump installation here). Here are the key HVAC improvements that Maria told me about:

For aesthetics they decided to get with all new vent covers. There are two different types of interior air vents. Ones on the floor or walls near the ground are used to return air to your heating/cooling system. Vents high up on the wall, and most often in the ceiling, are used to distribute newly conditioned air to each of the rooms in your home. 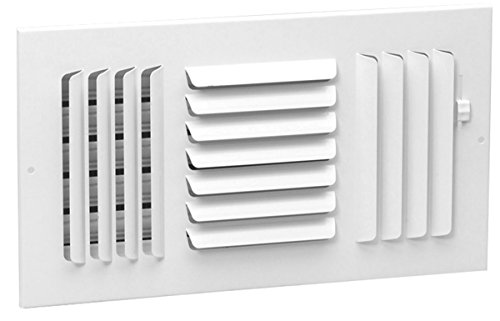 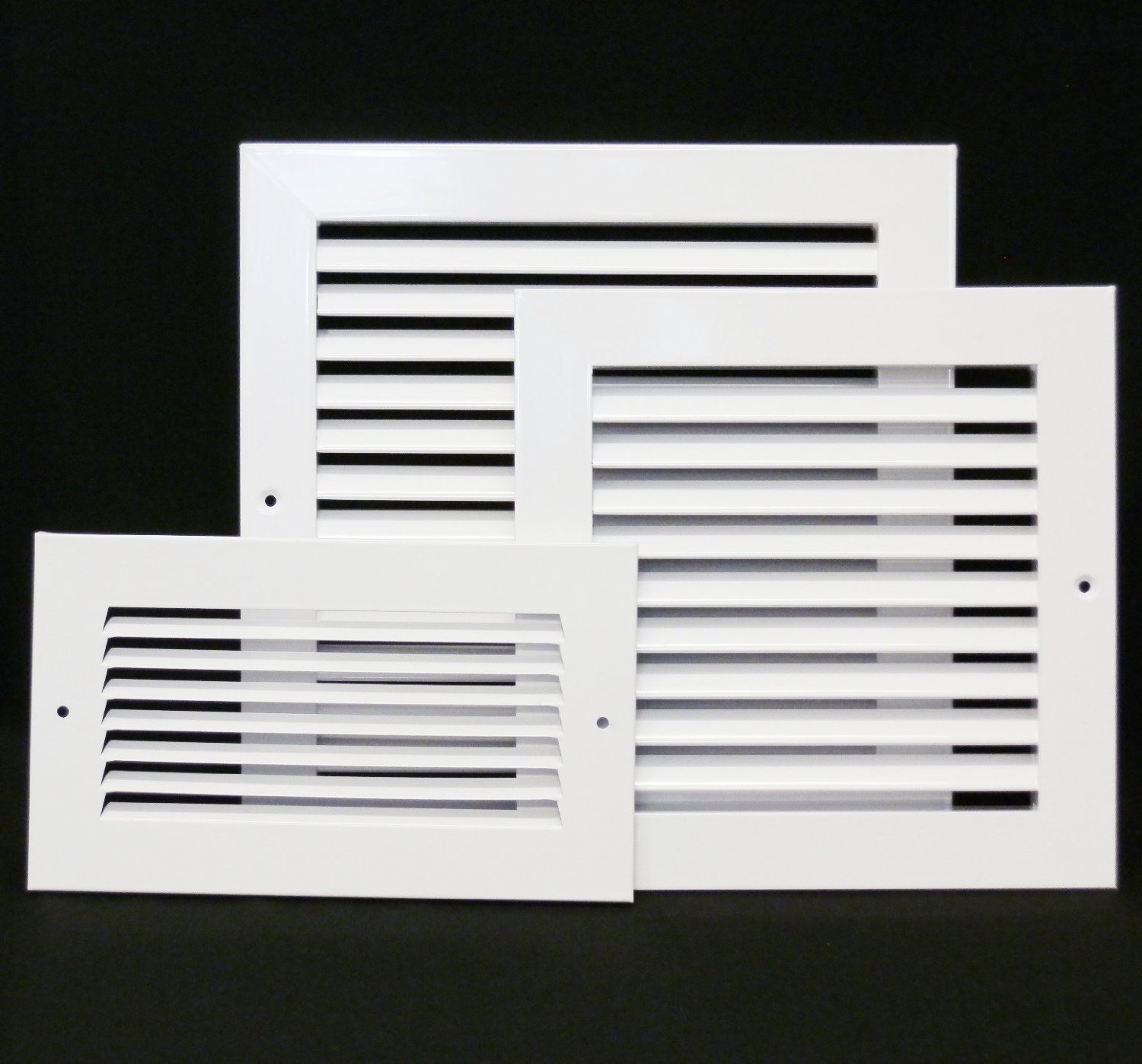 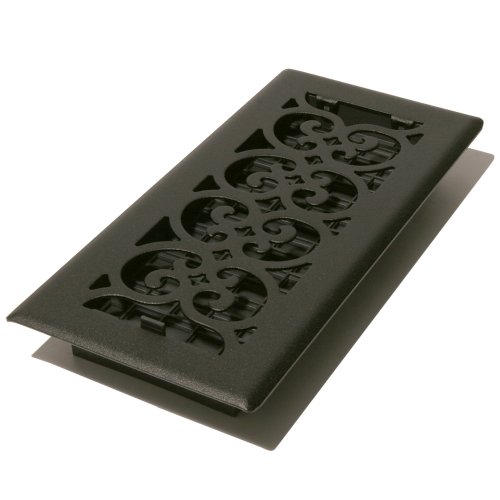 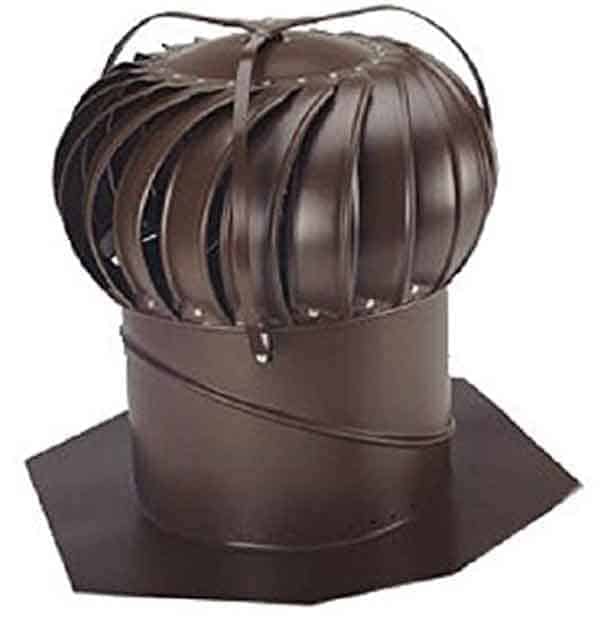 You also need to vent the attic to help the air conditioner work more efficiently. For Maria's house, they are replacing the roof vents because the old ones were rusty.

Did you know these vents are called a whirlybirds? There appears to be some controversy as to whether you should use non-moving vents or whirlybirds. The concern is as that when they age, they get noisy until they finally stop spinning. You should research your options and get professional advice when determining how many attic vents you need.

It's Friday and the end of another busy week of home renovations at Maria's new house in Mesa, Arizona. While Dennis and the HVAC team continued with their installation activities, Maria worked with the local cable company to get her Internet/cable lines installed. The timing was perfect because the HVAC guys were working in the attic, so it was easy for them to pull the lines.

We're now at the end of week 2. You can go back to week 1, Diary of Maria's Home Renovation or continue forward (we'll add new weeks up top). We're expecting the entire project to last six weeks.