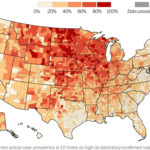 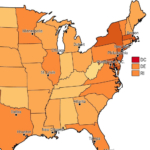 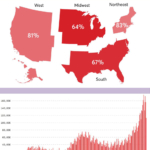 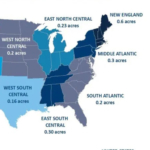 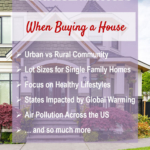 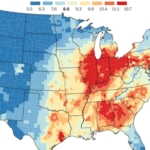 We don't pick where we live as children. Often our first choice about location is where we go to college and from there, the job we get often dictates where we live. That's why most home buying advice focuses on your neighborhood. Not it appears it's time to get to know your country which might influence future choices about where to move (or not).

Picking where to move used to focus on the neighborhood, schools, healthcare and commute to work. Now there are a lot more factors worth considering in this crucial decision!

Many maps are popping up to try and explain what's behind the political divide in the US. There isn't one map with all the answers. Here are some maps I've found educational in my search to understanding more about the country where I live.

This article provides insight to know your country, your state and/or your neighborhood a little better, something that's becoming more important.

Know Your Country: Urban vs Rural

Chances are if you grew up in an urban area, that's where you live as an adult … and vice versa. This is something I've rarely thought about although I can recall two places where I felt lost and frustrated by the lack of things to do. You see I'm a city girl born in Manhattan, the heart of New York City.

When I went to a small (2,500 students) college in upstate New York, I hated in so I transferred after two years. Living in Poughkeepsie, NY wasn't much better and I called it the IBM ghetto because there was no anonymity but sometimes it was where the job was.

This map shows that Americans favor urban areas and coastal states (red areas). What I never realized is these urban areas represent more total population than the gray areas (rural). The concentration is higher in Florida and California, as more people move south to get away from the cold. The large number of people in the northeast corridor illustrate our country's history but people are leaving.

Many people are fleeing urban areas like New York City. Their apartments are too small for a work-at-home lifestyle, costs are high and without the benefits of living in a city, it makes sense.

Want to learn more about urban areas and the changes taking place in the US like smart growth? Read National Geographic's article on Urban area, the region surrounding a city.

Do You Know Your Country? State? City?

The US isn't handling the Covid-19 pandemic well compared to European countries. Messaging has been confusing and there's a large swath of the country where most people don't feel wearing face masks is necessary.

This map helped me understand the dilemma of being a New Yorker living in Florida. In fact I've lived in six states (New York, Connecticut, New Hampshire, California, Arizona and Florida) and all of them are adhering to face mask guidelines except Florida.

Fortunately a nearby country (Orange county where Orlando is located) does have a face mask mandate, so that's where I do my limited shopping!

According to the FloridaPhoenix, “… Florida remains an outlier by not requiring its people to wear face masks in public; … the irony of Florida’s Republican-controlled Senate and House of Representatives convening in their first legislative sessions next week under requirements that they wear masks, test negative for COVID-19, maintain safe distances, and submit to fever checks.”

72% of American adults believe global warming is happening although we apparently believe this is happening for different reasons. Yale University's map above is interactive so you can drill down to your county and find more statistics like these which show recognition that the weather is one of the biggest impacts.

How is global warming affecting where we live today … tomorrow? Coastal states are more concerned because of rising sea levels which will flood out real estate on the coast. More recently, people are shying away from moving to the northwest due to wildfires (my nephew instead, is moving to Raleigh) that we've endured over the last few years.

Do you remember how big your backyard was when you were growing up? Is your current backyard just as big? Probably not as the median lot size for single family homes is shrinking. Why?

Most new homes today are built by production builders. They buy large tracts of land, develop it and build homes which we buy. According to the National Association of Home Builders (NAHB) “… shrinking median lot size largely reflects the shift in speculatively built (or spec) home building toward smaller lots.” Houses on lots under 0.16 acres grew from 27% of all sold single-family detached homes to 37% (between 0.16 and 0.25 acres, the number grew from 21% to 24%).

While I'm not surprised given my recent experience buying a house in Florida, the smaller lots in the midwest don't make much sense to me? And of course, being from New York, it means I truly miss the larger lots I grew up with.

Know Your Country & Where is Air Pollution

Air pollution in the US is getting worse since Trump was elected, following years of improvement. According to the Washington Post, researchers at Carnegie Mellon University found “… In 2018 alone, eroding air quality was linked to nearly 10,000 additional deaths in the U.S.”

We've got a lot to learn about air pollution and indoor air quality. The Carnegie study focused on fine-particle air pollution, known as PM2.5. The microscopic size means these particles can be inhaled and absorbed into the bloodstream. The particles can cause damage to the respiratory system, accumulate in the brain and it's been linked to dementia and cognitive decline.

Other US Maps with Interesting Data

Get More Tips on Buying a House