Contractor estimates are exactly that, estimates for projects using the best information available to the contractor doing the estimate. As more information becomes available, estimates tend to go up although some changes will lower costs but you might not see this because increases absorb any savings.

One of my handyman customers, a fairly new homeowner wanted me to send a technician out to do an estimate and grudgingly let me do the estimate over the phone. I explained how estimates are approximations that would vary, but overall they'd balance out. She meticulously tracked how long each project took and called after the work was done but not to thank me for a job well done, on schedule and budget. She called to explain how my individual estimates were off and how I should run my business like her consulting work. She didn't understand why I managed my 1 to 20 hour jobs $800 job differently than her $20,000 plus projects.

Respect is a two way street.
When homeowners respect contractors …
contractors will respect them and treat them fairly.

For years I've wanted to tell this story because it makes me angry and sad at the same time. I was a homeowner just like you, working in technology for 30+ years. When I wanted to build a house, I spent hundreds of hours walking around houses under construction. For the 4-story addition to my 100 year old Victorian, we worked with an architect and this led me to start a handyman business. These are my stories and why I know that … 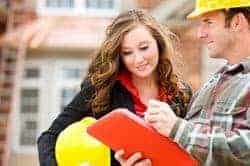 We put a $170,000 addition on our Victorian home (read Remodeling A 100 Year Victorian Home). There was lots of give and take with our builder. Steve let us order our kitchen cabinets and we paid for them directly, avoiding any markup. There were many changes from the original blueprints and Steve's estimate. The list here shows how we give and get approach to the project, which created a successful partnership.

Was our teamwork unusual? Maybe, except we had a similar partnership when building a house twenty years earlier. What made the difference? When we started talking to builders we had blueprints which showed we were committed to the project. We continued to work with our builders throughout the project, making it educational and fun.

Contractor Estimates That Make Me Sad

You might think I'm making this up. No, it happens all the time. A few weeks after opening my handyman business, I went to Harry's house in Portsmouth, NH to do one of my first contractor estimates. We went down to the basement, walked through a finished family room and into an enormous, unfinished space.

Harry stood there and waved his arms to show me where he wanted the bedroom walls to go, where he envisioned a full bathroom and pointed to the corner where he wanted a closet. Wow! I calmly explained to Harry that he needed to put his ideas on paper to get contractor estimates based on the same plan, and that he needed a door to the outside. I closed the conversation by recommending someone who could draw the plans Harry needed to move forward with the project.

Harry took several years to complete the project. He used the home designer I recommended, who researched local building codes and designed stairs leading to the basement, as required by local building codes, along with the bedroom and bathroom which started the story.

What's difference about this story? I was comfortable telling the homeowner he wasn't ready for contractor estimates. That's difficult for many contractors – they don't want to admit there's something they can't do, they don't have the design skills for this job, or experience doing something similar to base their estimate on.

When contractors don't follow-up after visiting your home …
There's a good chance neither side is ready to move forward.

Contractor Estimates That Make Me Mad! 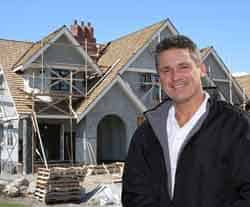 There are many scenarios where contractor estimates are provided but little work is rewarded for the time invested. Here are just a few examples to hopefully provide better scenarios for them to use when talking to prospective builders, remodelers and other contractors.

Get More Tips on Hiring Contractors