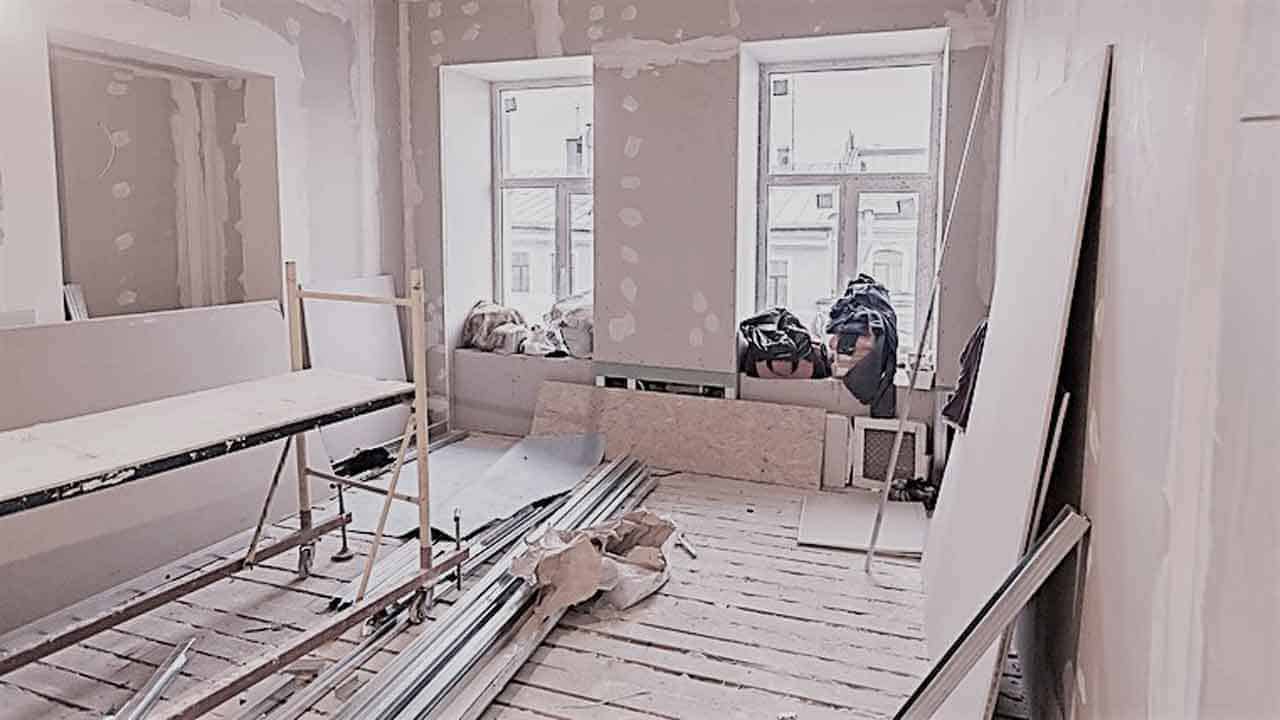 Gypsum drywall is what most modern walls are built with. The boards are made of dried gypsum plaster sandwiched between two sheets of heavy paper creating a board that is easier to install than traditional plaster applied with a trowel. When a gypsum drywall panel is manufactured, it may very well be made of 50% air! This allows it to be much lighter than traditionally applied plaster and aids in installation. It also may have an asphalt or wax emulsion added to the gypsum drywall board to repel moisture.

Traditional plaster was made with limestone before the 1930s when gypsum gained popularity because of its faster drying time. Lime plaster could take an entire year to dry completely before it would be safe to paint or wallpaper over it, while gypsum plaster takes only two to three weeks. 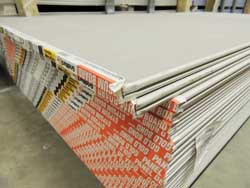 You can find gypsum in toothpaste, as a calcium fortifier in foods, in fertilizer and more! Gypsum is one of the most useful minerals known to man, dating back at least to the ancient Greeks.

Gypsum is a light-weight, soft mineral used in a wide variety of applications. It is a unique mineral because if hardened gypsum plaster is heated it will turn into a powder, and then back into its original form just by adding water! Gypsum can be mined in many parts of the world getting its name “Plaster of Paris” from a large gypsum deposit found in Paris. It is now found all over the world and even on Mars!

Why Use Gypsum for Drywall?

Gypsum drywall is an effective building material because gypsum is very fire-resistant. The gypsum molecule contains within it two water molecules and one calcium sulfate. When gypsum burns, the water vaporizes first and the gypsum plaster contained within the drywall board will turn back into powder form and not burn, protecting the wood frame underneath from collapsing as quickly.

Gypsum creates a more rigid plaster than lime and does not require a fiber additive like animal hair as lime plaster does. Because gypsum plaster dries so much faster than lime plaster, it is much less likely to become damaged in the process of setting up. Lime plaster is not so easy to work with. A multitude of events can occur in the time it takes lime plaster to set up including “sweat-outs” causing rot, “dry-outs” causing the plaster to break down into a powder, and freezing which often means replastering selected areas or the entire job.

The paper on either side of the gypsum drywall panel is usually made from recycled newspaper and may also contain chemical additives depending on the types of gypsum drywall it is intended for.

Tell us what you think about gypsum drywall!

PS Curious as to the difference between drywall and plaster? Read our article, Plaster is Different Than Drywall and don't be afraid of plaster because Plaster Home Repair: It's Easier Than You Think.