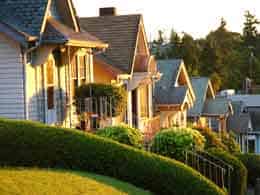 Where we live most often is where we were born and grew up. You probably live in the same state, same town and if you're lucky, the neighborhood you loved as a child although sometimes you might prefer some distance between you and your parents?

Admittedly there are some people who move far and wide, and I'm one of them. I grew up around New York City and went to college in New York State. After working for 2 years, I jumped at the opportunity to transfer to the California Bay Area, and my husband returned to school at the University of California, Berkeley. We stayed in California for 4 years and returned home when it was time to start our family but again, it only took us about a day to accept an assignment taking our family to Tokyo.

Having lived and worked around the world, I was curious when I saw an article in the Huffington Post, The Happiest States in America. Now you're probably wondering how anyone can measure happiness? You probably aren't surprised that Hawaii is the happiest state, followed by Maine, Nevada, Utah and Vermont, plus clusters of cities in Colorado and California.

Where We Live & Measuring Happiness

It seems like bad news dominates the media from television to newspapers, offline and online. It feels like the worst news dominates the first page or if you live online like I do, at the top of the newspaper websites. So you might expect unhappy words to dominate our spoken words, yet research shows there are more positive and happy words. The University of Vermont (UVM) team studying Positivity in the English Language discovered that “English is strongly biased toward being positive” and this map shows patterns of word use (Twitter) based on where we live. 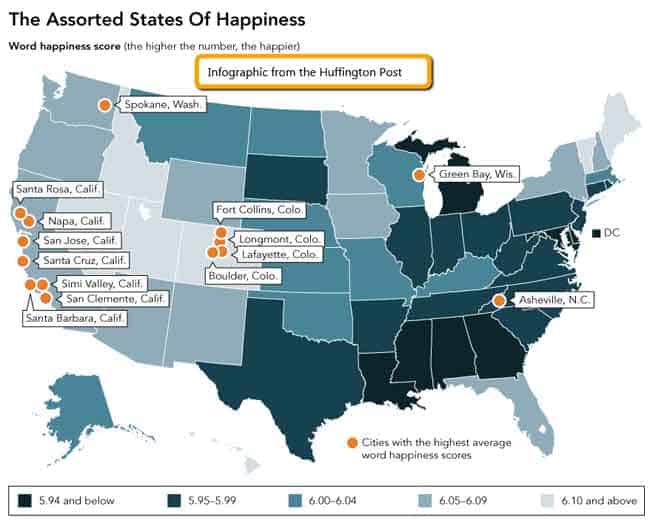 Where We Live Doesn't Change How We Communicate

Where the words came from in this study, included something old and something new! The research team collected billions of words from 4 sources covering different media, and only Twitter (by IP address) identified where we live. They looked at the top 5,000 words in each source, and found in terms of frequency, positive words outnumbered negative words.

Get More Tips on Buying a House