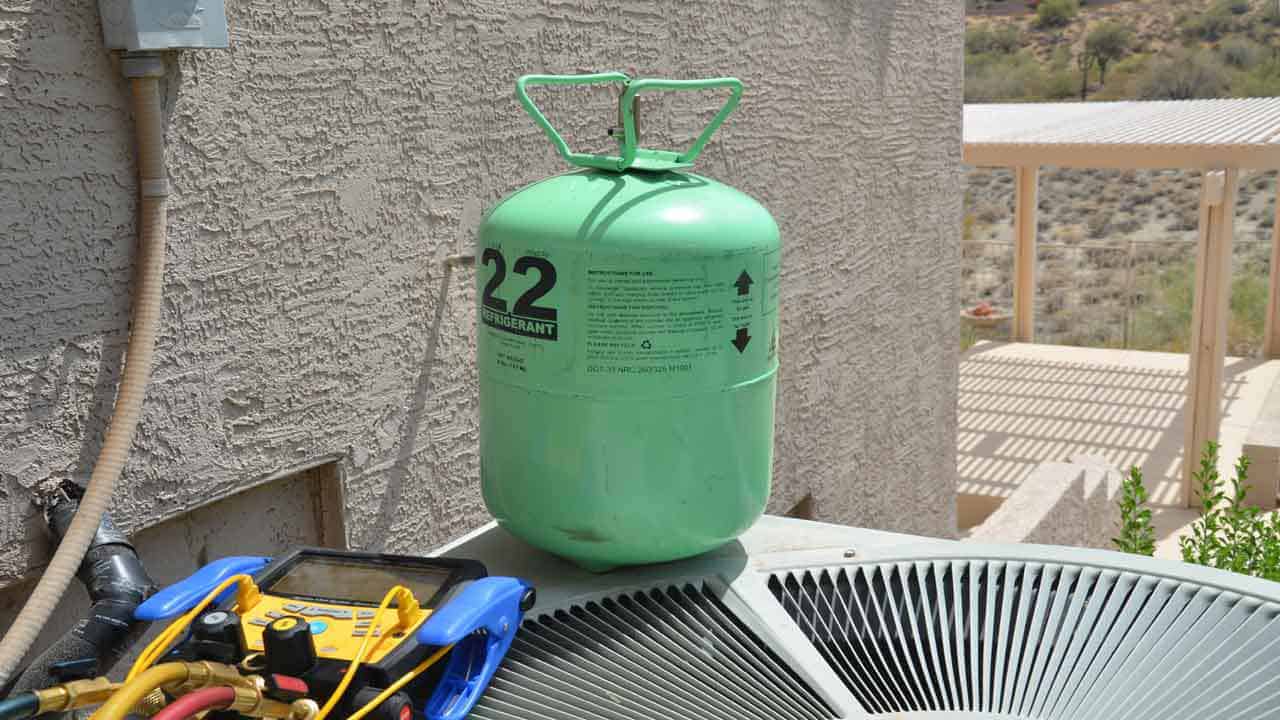 Freon is technically hydrochlorofluorocarbon (HCFC) and more commonly known as freon, a registered trademark of DuPont. HCFCs replaced chlorofluorocarbons (CFCs) which were the world's first refrigerant because of the damage it caused to the ozone layer. Freon has now been found to cause the same problems, so it's being phased out. This article provides information about freon pricing, to help homeowners understand the HVAC crisis that will affect millions of homeowners in the near (by 2020) future.

The US signed the Montreal Protocol in 1987, an international treaty designed to protect the ozone layer by phasing out the production of substances responsible for ozone depletion.. In 1990, the US amended the Clean Air Act to implement regulations for managing ozone-depleting substances (ODS).

The challenge is how do homeowners learn about the pending changes and how they will affect them. The changes aren't trivial, affecting HVAC systems and many appliances. Homeowners need to understand that the cost of adding freon to existing equipment is escalating with June 2016 retail prices quoted at $100/lb.

Make sure you get all HVAC estimates in writing, along with an explanation of what your home warranty company is paying for, and what your costs will be.
The cost of one gallon of gas doesn't hurt, until you fill a tank at $4/gallon. It's more difficult when you'll only pay for refrigerant 1 or two times in your life. You have no idea what it will cost as I've been a homeowner for 40 years, and am only learning this now. The cost of freon can be more than 50 percent of your repair bill, as many HVAC repairs mean refilling your system with 15 lbs of freon. We've been told that First American, our home warranty company, will only cover $250 of this cost and that we're supposed to pay $1,250 for freon.
From EnergyVanguard[5] Sadly installers have focused on the cost of these systems, ignoring the inevitable high prices of servicing air conditioners with a banned refrigerant.
The bigger problem is when you unknowingly get a new HVAC system that still uses R-22, because you won't be able to maintain the system/appliance for it's projected lifetime. That's what our home warranty company First American did to us, telling their contractor to install a replacement condenser/compressor that uses freon (installed March of 2015, manufactured August 2014). The compressor failed after 15 months and now we're being told the home warranty company will only pay $250 of the estimated $1,500 freon cost.

This article on freon started because it's pretty easy to find information about the EPA's phasing out of Freon (R-22 or HCFC-22) … but how would a homeowner know to research this? At the same time, it's almost impossible to find the rules governing the sale of HVAC systems and other home appliances that have depended on Freon for many years.

Refrigerant is a commodity so prices fluctuate a lot. Wholesalers buy cylinders by the pallet, and get substantially lower prices.
The following table captures pricing from various articles[4] reviewed while writing this article, along with input from various HVAC contractors we've been talking to. Prices are included here to help homeowners understand why they will be forced to buy a new HVAC system sooner than they realize, e.g. would you pay almost $2,000 to add freon to an old air conditioning system?

Note: Most of this freon pricing data is from RefrigerantHQ.com[4], so thanks Alec Johnson.

Sadly most homeowners have no easy way to learn about this problem before they're faced with some type of HVAC emergency. That's what happened to us and we thought we were prepared with a homeowner warranty that let us down, and hid the problem. So this article is the beginning of my work to alert homeowners and share these choices.

And for those who want to understand how the EPA is phasing out production of freon (R-22) and systems that use it, here's a recap of the multiple phase-down steps.

The loophole? HVAC equipment producers can manufacture R-22 repair parts as long as they are sold “dry,” without refrigerant … really!

Get More Tips on Heating & Cooling