Life at Home for You & Your Family
Content may contain referral links. Read our disclosure policy for more information. 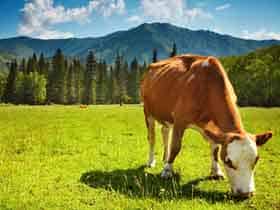 A friend is closing on her farmhouse soon, which makes me wonder what country living is like. Born in New York City, I've lived in or near a large city most of my life and can't imagine country living. I can see myself living in New York City again but honestly can't see myself living on a farm. I'm looking forward to short weekend visits with Gretchen at her new farmhouse, where I'll get to experience a little bit of country living and that should satisfy my curiosity.

Years ago I probably would not have read about Joann Grohman milking her family cow Fern (read Cowgirl, in DownEast.com) every morning. Just sitting here, it's hard to imagine walking out to the barn to mild a cow versus sitting down at my computer.

What I love is how Joann does both, milk her cow and write a blog at her computer!

Learn About Country Living with a Cow

Joann has created an amazing lifestyle. She started with a diary, which became a book called Keeping a Family Cow, first published in 1976. She has continued to update her book and started blogging in 1998. That's incredible as I didn't start blogging until 2006.

You might wonder if having a cow ties you down. Joann says she doesn't think of it that way. She enjoys staying home to be with her cow and feels like having a cow centers your life (watch a video of Joann giving a talk about this and more). 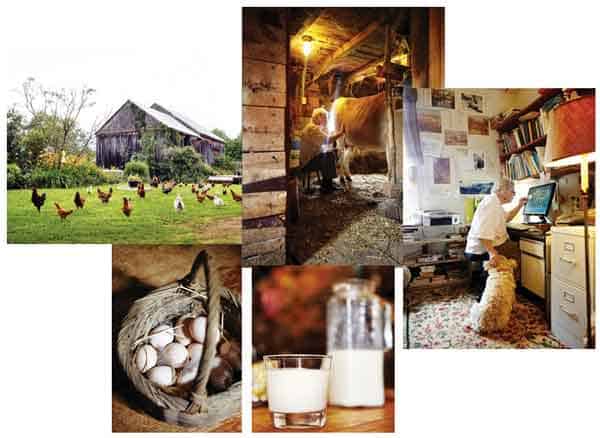 Learn How Country Living Gets Back to Basics

When it's time for breakfast I head to the kitchen, cooking my oatmeal in the microwave and finding milk or orange juice in the refrigerator. Joann Grohman heads to the bard to milk the family cow and starts her day with the freshest milk you can get, right from her own cow.

Wondering what your day might be like if you lived on a farm? Here are some excepts from Joann's blog (TheHeiferDiary.blogspot.com) about her cow and country living.

What would inspire you to try country living?

Get More Tips on Life at Home for You & Your Family