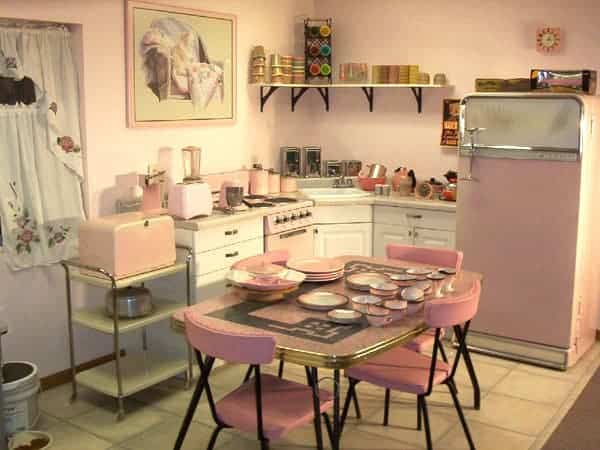 I remember the first kitchen I really knew growing up. My parents customized a 50's ranch house – one of blocks of production homes built after World War 2, and home for baby boomers. And the kitchen was pink, with a full appliance package all in pink!

Pink refrigerator, pink dishwasher, pink sink, pink stove. Of course we had pink dishes and pink wallpaper, which went with the pink trim on our house and our pink station wagon. It was the 50's. Pink was in and appliance manufacturers took full advantage of its popularity.

Forty-plus years later when I bought my own 50's ranch home, the salmon pink bathroom from the 1950s, was painful. Other colors, such as turquoise and mint green, also showed up in the 1950's. 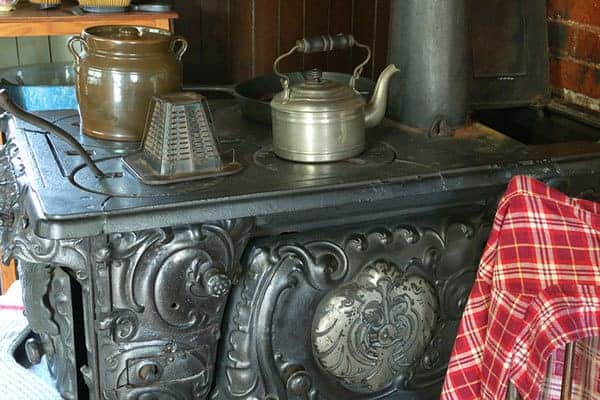 Before The Appliance Package, Individual Appliances

Before electric ranges became more popular in the 1920's, stoves were wood-burning. They were black cast iron, which was the only material that could handle a fire while providing a surface for pots and pans. The original electric ovens were small tabletop models rather than the full-service range we have today. Hotpoint introduced its first electric range in 1925, in white with nickel trim. It was so popular that other manufacturers quickly followed suit. Other colors began to appear but the kitchen appliance package didn't really come into its own, until the mid-1950's.

Post World War II couples were eager to marry and buy a home with their VA loans. They were ready to start families, and those kids are today's baby-boomer generation. Women who had stepped into the workforce during the war to replace soldiers overseas, were pushed back into a domestic role. These jobs were needed for returning veterans, and the stay-at-home wife and mother was celebrated.

The cute and colorful kitchens were filled with your choice of a time-saving kitchen appliance package. They were designed to appeal to this army of women, by making kitchens stylish and fun, in addition to functional. This shift in how kitchens were thought of, as well as a shift for the financially comfortable from having servants to doing it yourself, led to an interest in kitchen design trends.

It's hard to believe that  appliances – durable goods that last for years – actually have color trends. It's truer than we can imagine. Over the decades, shifts in taste and cultural approaches to cooking and food have changed what we expect from our kitchens. Today's appliance package is judged on how it looks, and how it operates. 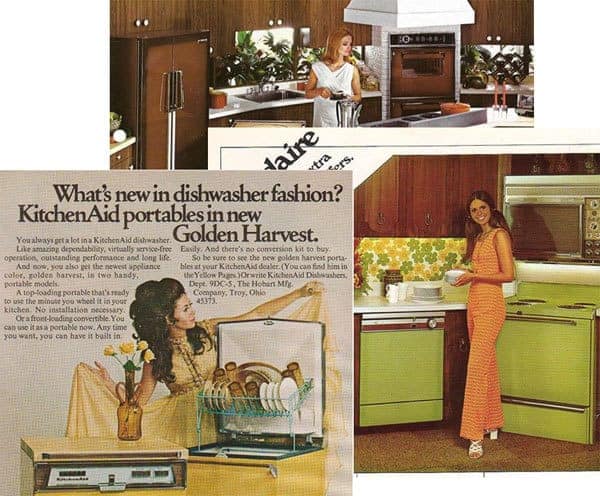 The Appliance Package – From Pink to “Pick Your Color”

Let's jump to the 70's. Color in appliances grew more “sophisticated” with the addition of Harvest Gold, Avocado Green (true names!) and, of course, Coppertone. At the time, an appliance package in these colors was perceived to be as stylish as the clothing on the models above. And while white was still the most popular color for appliances, those willing to be more daring had three colors to choose from.

Unlike the 50's, these tones were more muted, and all three worked well with the shift to earth tones and the Danish Modern look that was beginning to happen in home decor. And remember wood-paneled walls? These appliances worked well against that background. Kitchen cabinets were also shifting to darker wood stains from the more traditional white paint. These colors played much better than pink or even white against the  new wood tones.

If you take a close look at the top image with the Coppertone kitchen you'll notice another feature that some appliance manufacturers added – a darker frame around the edges of the appliances. That was characteristic of GE's line, and some other manufacturers followed their lead. At the time it was perceived as adding dimension to the appliances, and helping them blend in with the total kitchen look.

It's still possible to walk into a home on the market and find a kitchen with one of these colors. That's because appliances last for many years, often longer than a long after that particular finish has left the building. At the time, people didn't really realize these appealing and trendy colors would soon be recognized as much a mistake, as fishnet stockings and elephant bell pants. (And yes, I owned some of each!) 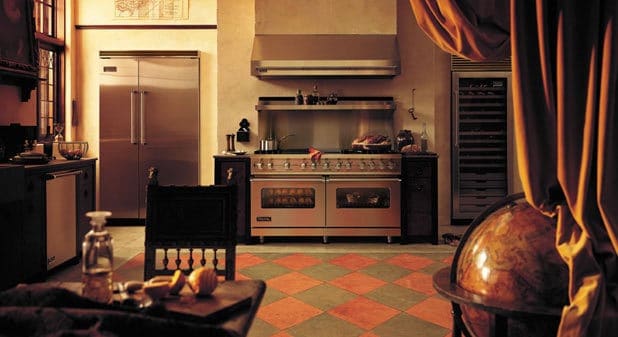 More neutral tones came along in the 1970's and 1980's. The almond appliance package came into its own, and colors such as sand were introduced. This shift to light neutrals continued until the 90's, when television food channels changed our kitchen expectations again.

Suddenly, home cooks aspired to the capabilities – and the food – of the professional chefs they saw on television. Some people even installed restaurant ranges in their home kitchens, a mistake as professional ranges have little insulation which made these kitchens uncomfortably warm. Appliance manufacturers saw this trend and and soon, stainless steel became the finish of choice. Stainless added a professional feel to home kitchens.

When it first appeared, stainless was a premium finish with a corresponding premium price. But over time manufacturers began to make stainless, and faux stainless, appliance package options available at lower price points. Stainless has become affordable for most homeowners, and its popularity hasn't waned yet. But manufacturers are constantly trying out new finishes, hoping to draw the public to something different. (See: Will the Slate Appliance Replace Stainless? for one example.) 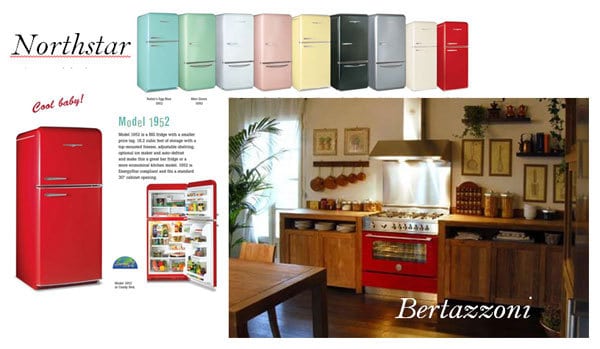 And here's the best news for today's appliance package options. Thanks to a variety of smaller and mid-size manufacturers, the finish choices are more varied. Would you like a retro kitchen with the charm of an appliance package in yesterday's pastels? Check out Northstar and others. You can have that. How about a professional-looking range in a rich red enamel shade rather than stainless? It's out there with Italian manufacturer Bertazzoni and other premium appliance manufacturers.

Maria is a freelance writer and blogger with 30+ years experience in all aspects of journalism. She's owned three houses and two were fixer uppers. Visit Maria on her personal blog, MutoPorterBlog.