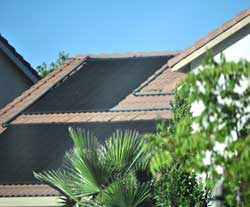 This article focuses on emerging energy sources covered by the 2013 Federal Tax Credits for Consumer Energy Efficiency. We'll review solar energy systems, geothermal heat pumps and wind turbines. This article will not look at renewable resources like hydropower (dams across rivers and under the ocean), biomass (direct heating like burning wood in a wood stove or generating electricity) or fuel cells which are used in transportation. For resources to help you explore these topics further:

Solar technology uses the sun's energy to provide heat, light, hot water, electricity and even cooling, for homes. Currently solar energy represents less than 1% of the energy used in the US, and increasing as new and more efficient (cheaper) solar technologies become available. The challenge is availability of sunlight – short winter days and cloud cover reduce the number of hours each day that solar energy products produce energy.

The most common use of solar energy is heating domestic hot water although these systems almost always need a backup system for cloudy days and peaks in hot water needs. Surprisingly there isn't as much variation in available sunlight across the US, making solar energy a viable future resource. 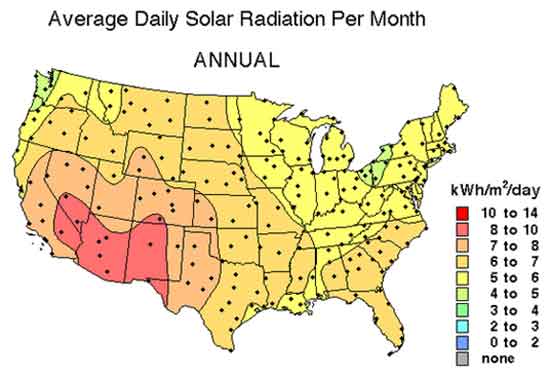 Geothermal is an alternative energy source, coming from the heat stored inside the Earth. Today most geothermal power is generated using steam or hot water from underground. Geothermal power generation is available continuously and environmentally friendly but today, provides less than 1% of US power needs.

Geothermal heat pumps, one of three geothermal technologies used in the US, are used for space heating and cooling as well as water heating, for residential and commercial applications. Geothermal relies on the relatively constant temperature below the Earth's surface throughout the year, warmer than outside air during the winter and cooler in summer. 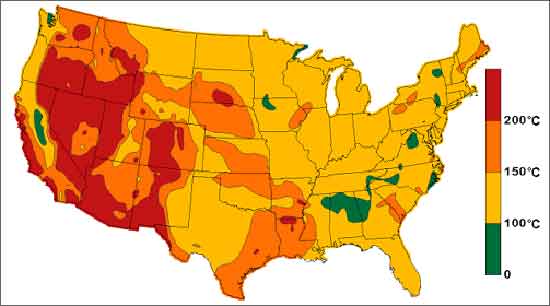 We've used windmills for hundreds of years, to pump water or grind grain, without thinking about it as an alternative energy resource. Today large wind turbines generate electricity, for individual use or to generate electricity for utility companies. Wind turbines usually have two or three blades mounted on tall towers where they can capture more energy because winds above the ground tend to be faster and less turbulent than those near the surface. When the blades turn, the central shaft spins a generator to make electricity.

Wind energy is the world's fastest-growing alternative energy technology, currently supplying about 1% of our needs. Wind turbines placed at sites with strong, steady winds can generate electricity economically, with the strongest winds in Alaska, the western United States and the Appalachians.

While wind power produces electricity without producing pollution, there can be negative environmental impacts including wildlife deaths. Recent studies suggest the number of birds and bats killed by wind turbines is far lower than the number killed by collisions with other tall structures like buildings, so picking the right locations can reduce the impact on wildlife. Noise, a problem with older turbine designs, has mostly been eliminated through improved engineering.

Are you planning to use alternative energy in your home?

Get More Tips on Electric & Solar