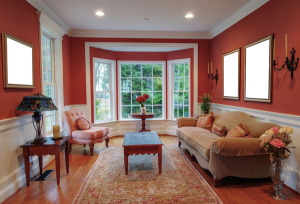 The bay window dates back to medieval times so they're not new. They way to recognize a bay window is made up of one larger window in the center, with 2 windows on either side. which are typically smaller than the center window. The window forms a space projecting out from the house walls, forming a bay in the room.

The term bay window is used to describe all protruding windows, regardless of height. The 3 windows may be contiguous or there might be narrow wall sections between the windows (see more window choices). The most common inside angles are 90, 135 and 150 degrees. Windows that are triangular with only 2 windows set at 120 degrees are also considered bay windows.

How Are Bay Windows Supported?

When a bay window juts out beyond the wall, the question is what supports the window. There isn't one answer, so you'll also need to look at which of these support features is used for a given bay window.

Fun Ways to Use Bay Windows

Yes we're talking about bay windows, but one of my favorite home features is window seats which are commonly added to a bay window to use this space effectively. So here are a few window seat ideas to get you thinking. 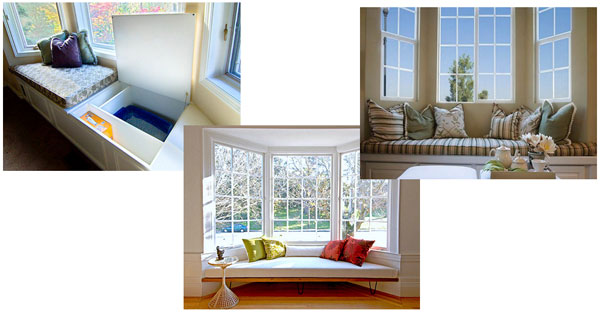